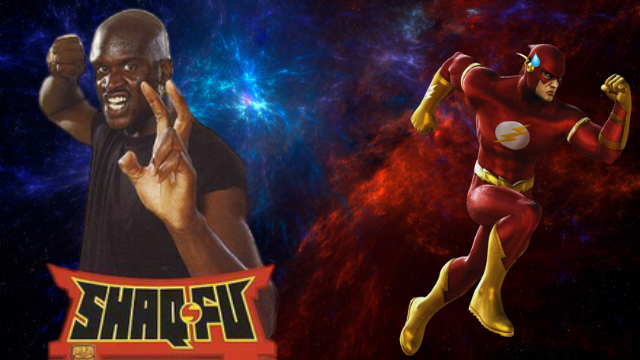 The Top 10 Worst Fighting Games of All Time

With the expectant growth of the Fighting Game Community this year with the release of Guilty Gear -Strive- and Melty Blood Actress Again coming soon. It's a great time to be in the FGC with new and exciting lineup. Newcomers and veterans are once again coming together to create a more diverse and larger community. However, not every fighting game has been a success, and it's fun to be introspective and take a look at some of the worst Fighting Games ever released. 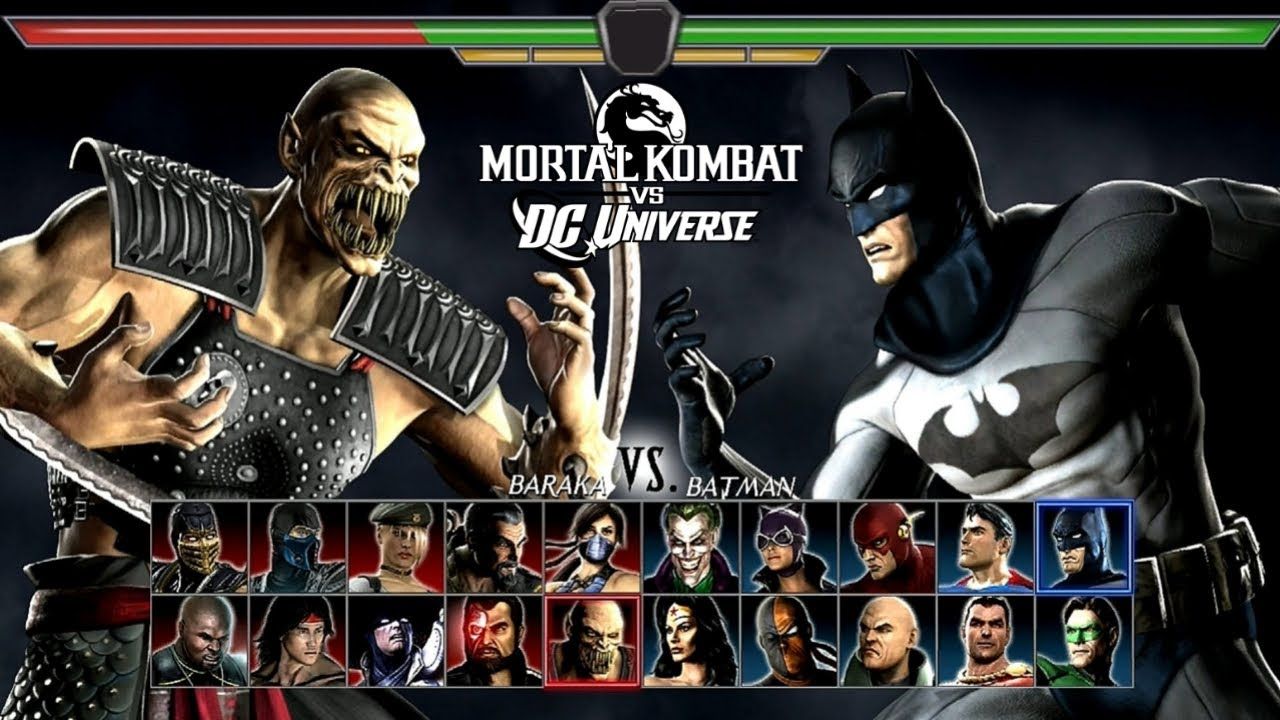 Topping our list of the best of the worst. Mortal Kombat vs. DC Universe was one of the most hype games of the season. DC comic fans would finally get to duke it out with the most lethal and brutal characters in video game history. It was every fan's dream come true as Marvel has had great representation in video game franchises, and it was DC's turn to take up the mantle. They made the right choice selecting a darker video game franchise that could really excel the fan favorites like the Joker, Batman, and Darkseid.

Unfortunately, due to a strict DC license the game faced its worst possible hurdle... it was rated T for teens. Not only did that extremely limit the potential of the Mortal Kombat cast, but it also introduced cringe dialogue that didn't suit either community. Fatalities became more tame as they were quick pan aways so the fatalities happened off camera, or many of the fatalities were changed--Kitana's fan decapitation became a fan chest impalement. Not only was the game extremely limiting in representation. The move sets and sluggish gameplay made the game even more slow-paced and it eventually became a watered down Mortal Kombat game and soon-to-be Injustice game. This failed game ultimately led to the bankruptcy of Midway Games where they eventually sold the rights to Warner Bros. 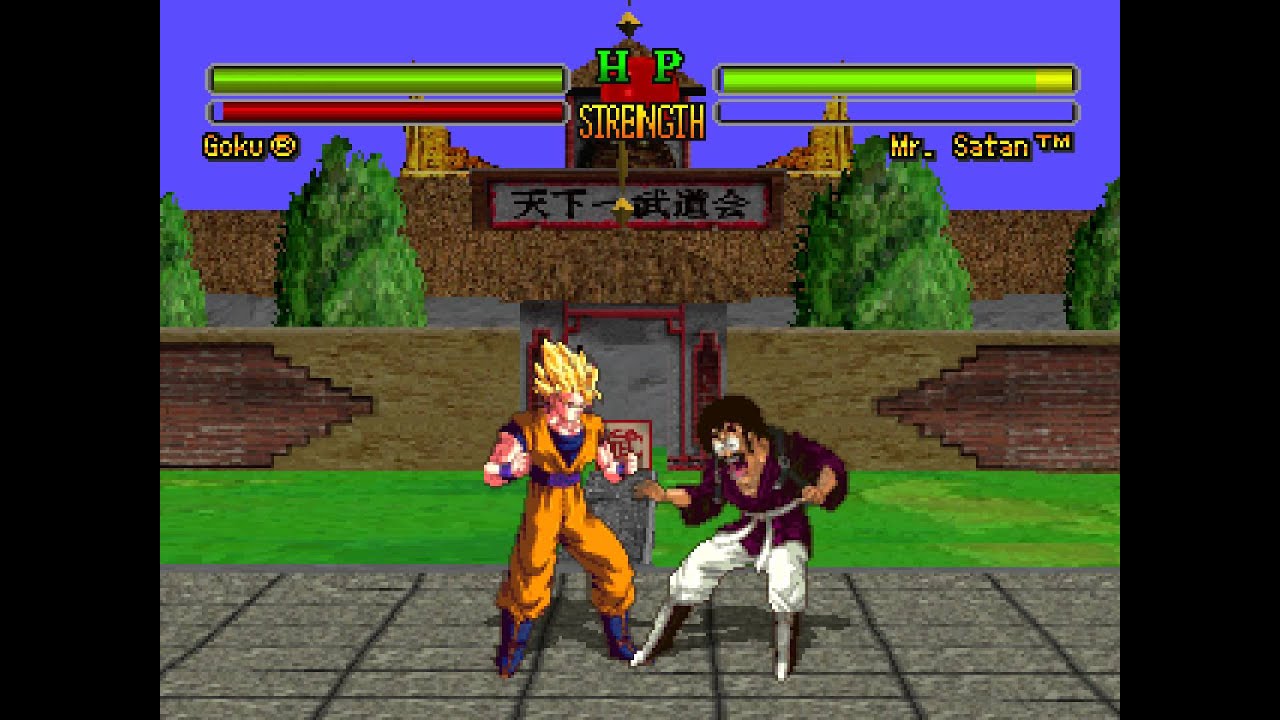 Fans were excited to see a Dragon Ball fighting game installment to the next-generation console the Playstation 1. What they got instead was an incredibly unrecognizable, pixelated game with nearly unrecognizable characters and states. Although the move sets were lacking in today's standards, the biggest issue was that the gameplay was slow for a Dragon Ball game, and the audio balances were horribly paired with the most unrecognizable and immemorable stages of all time. We will talk about Mortal Kombat clones a lot, and for good reason, it's never easy to catch lightning in a bottle a second time. But, what about the infamous Soul Calibur clone? Star Wars: Master of Teras Kai was the Soul Calibur clone that never could. I wouldn't say it introduced famous characters, more so recognizable characters in the universe. However the gameplay audio and horrible pixelation just removed the player from the experience. There was also a notable difference in character tiers, as Darth Vader is obviously the highest played character, but also the most broken character in the game. Boba Fett is a melee character who had no hopes of reaching into the towering giant with near half screen normals. For the first ever attempt at a Star Wars fighting game (crossing my fingers for another), it had the right idea. It just lacked good execution.

Street Fighter The Movie: The Game 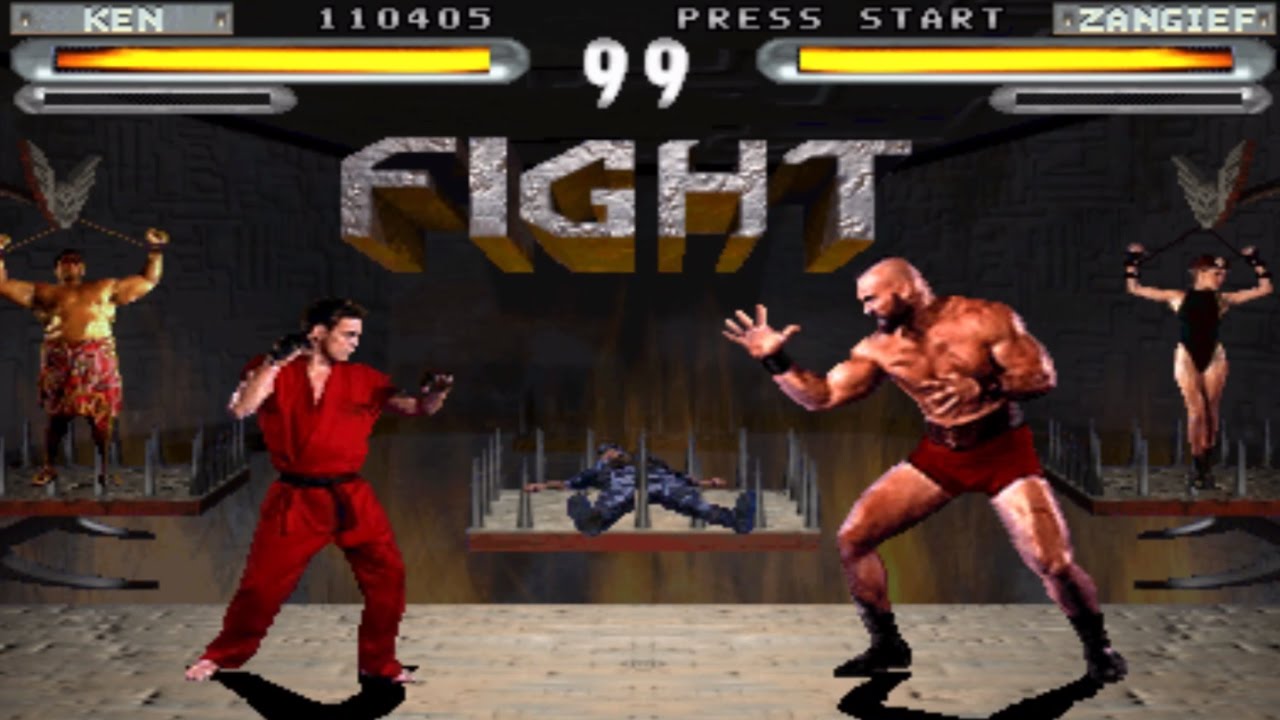 With the success of the Street Fighter in the 90s, you would assume that each game would learn from the mistakes of the past and continue to build stronger, better games. WRONG. Street Fighter The Movie: The Game used our favorite engine... photo-realistic... fighters to create an inconsistent artistic themes and horrible stage designs. It had all of the flaws of photo-realistic fighters that weren't Mortal Kombat, and it is quickly the most forgettable entry in the Street Fighter Franchise. 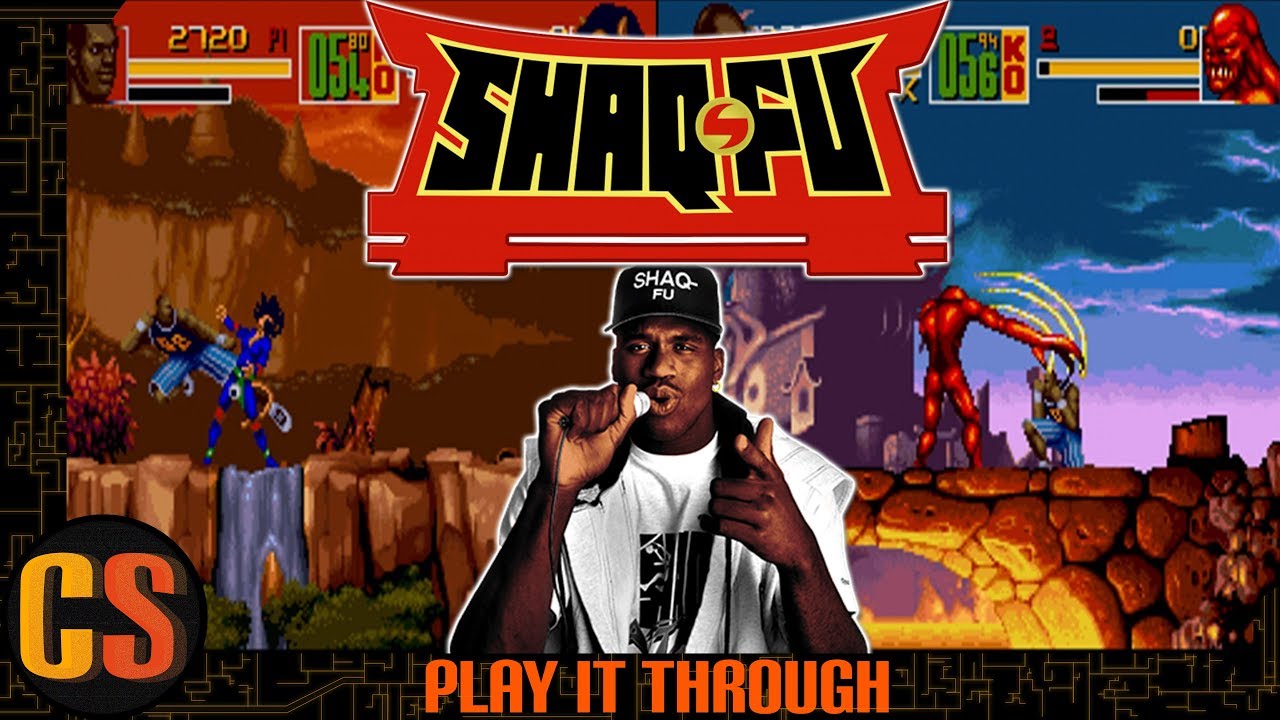 We all have a good thing to say about Shaq-Fu. It's hilarious, and it's fun to see Shaq fight monsters from other realms. But, Shaq-Fu is not a good game. The only good character was Shaq and the rest of the roster should just be listed as NPCs as they were completely unplayable. It was as limited as 2d fighters could be with little to 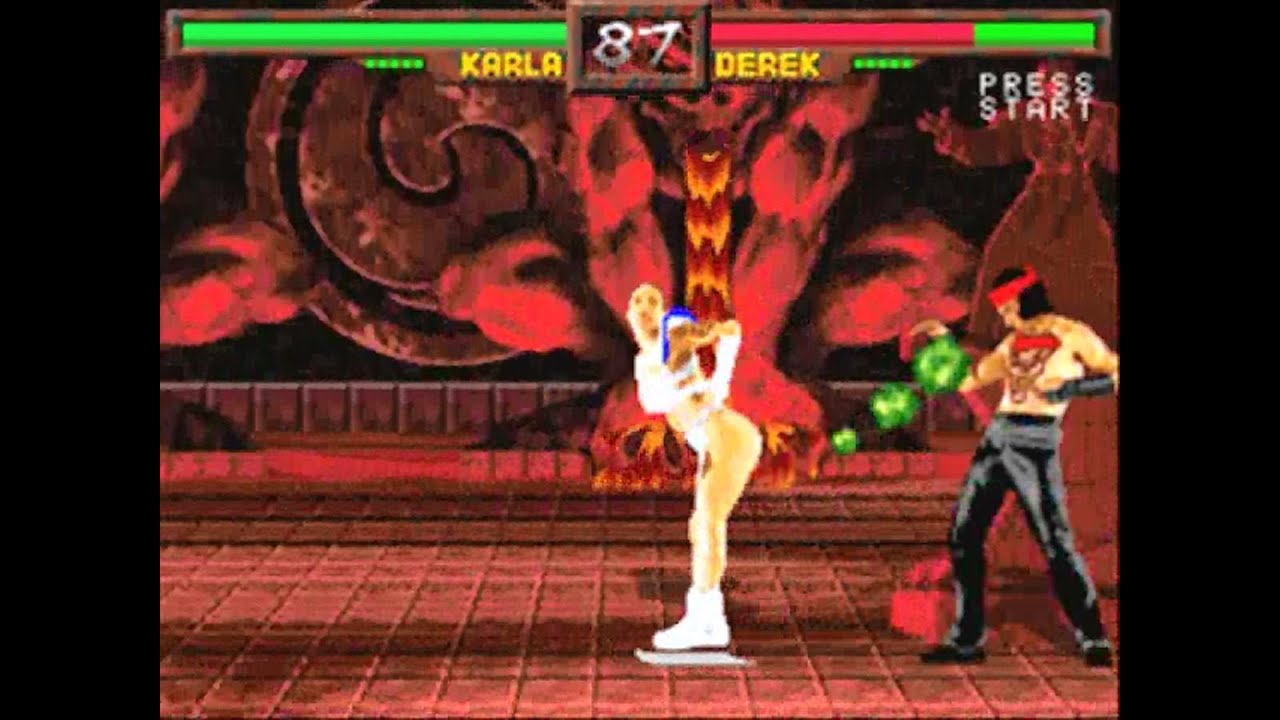 Tattoo Assassins was a Mortal Kombat clone that used photo-realistic fighters fighting in a green screen stage. It had a very similar game engine to Mortal Kombat 2 and 3, however it did everything that Mortal Kombat did and made it extremely worse. Instead of the iconic "Finish Him", the game would let out a screechy echo effect and a large "NO MERCY!" would flash on the screen. Not only was the cast extremely lame, and they had incredibly horrendous moves, such as the bikini armor clad Karla, who would fart as a projectile and punch testicles so hard that a fountain of blood would spurt all over the screen. Similarly in a death screen animation, Tak would turn into a mustached Mona Lisa painting in his loss screen.

Tattoo Assassins test marketed in 1994 and the game was so terrible it never went into production.

Way of the Warrior 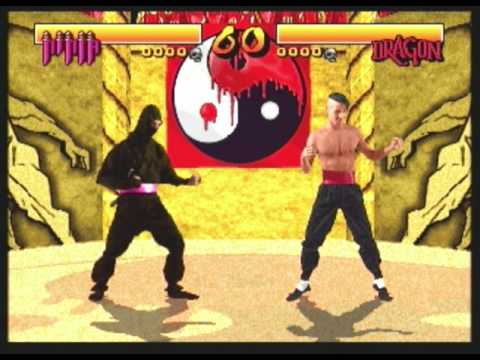 This game was developed by Naughty Dog in 1994, that again used the photo-realistic fighters engine to produce a game where absolutely nothing mattered. The hitboxes would whiff randomly, there was no end lag on anything, and the hurtboxes were inconsistent with the characters. The character portraits themselves were cringe to look at. The game had horrible audio issues. Lastly, the stages were a low-res spoofed version of the famous Fatal Fury stages. It is probably the most forgetful MK Clone for very good reasons.

This game is a horrible game. Not only was it at a failed American version of a fighting game, but it was also incredibly RACIST. I'll say it again. This game is absolutely racist. It hinges its entire storyline and gameplay on blaxploitation, where the characters fight on inner city streets with horrible caricatures of people of color. The Hispanic and Latinx cast member was named "Amiga", the typical Asian man with a Fu Manchu, and the (I'm assuming but I really cannot tell because of how bad and spoofed the character designs are) Puerto Rican / Black American woman fighter is dressed in a g-string, thigh-high boots, and a bikini top with pepperonis for nipples. This game is frustrating to look at as a person of color, but the worst part is that this game went into production. 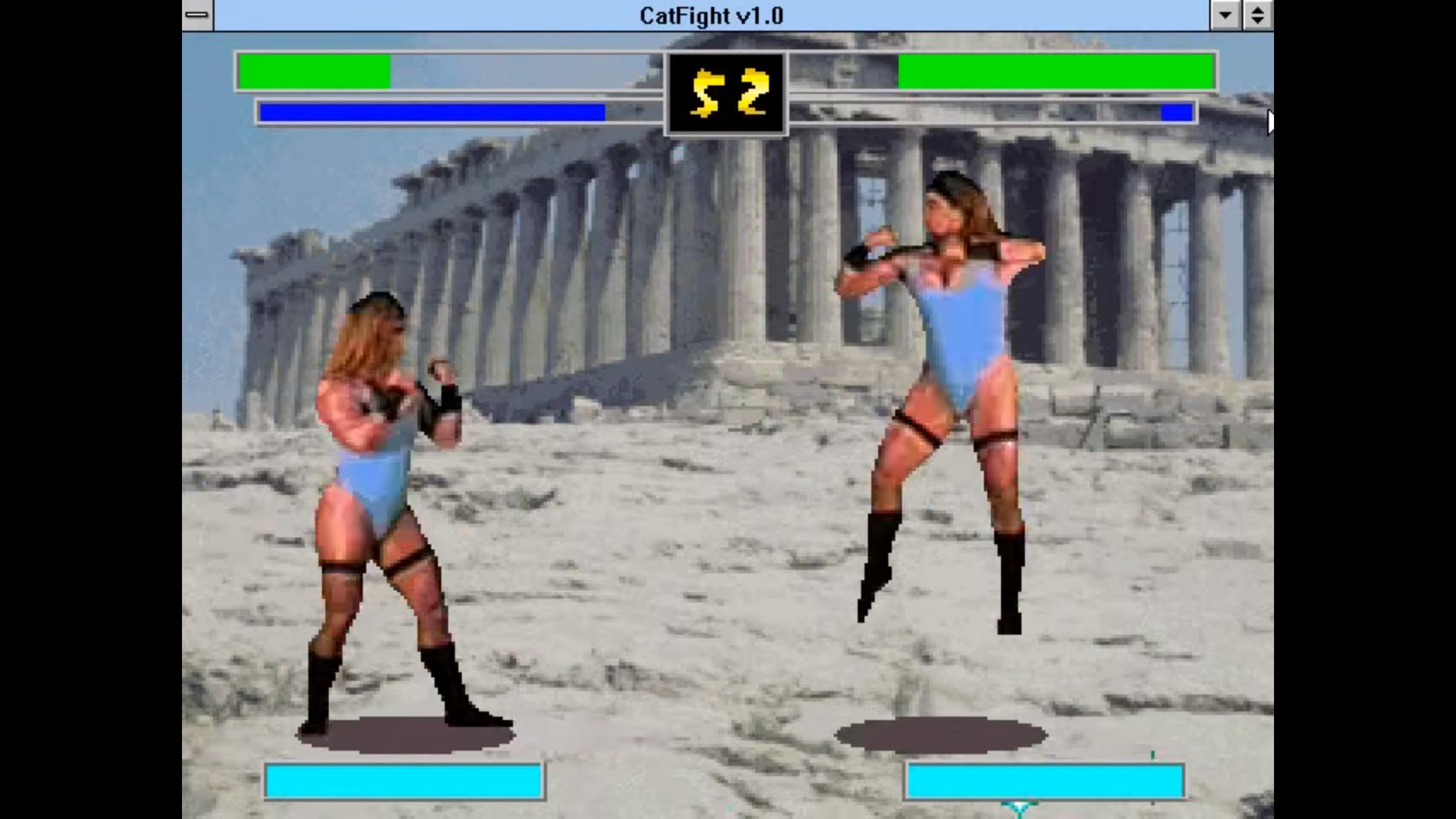 Catfight: The Ultimate Female Fighting Game is just softcore erotica for men. The game had choppy framerate, very choppy framerate, and unresponsive controls. Apparently, the game performance isn't even capped, so if you played it on a PC today, the game would become so fast that it would be worse than it already is. The voice actresses as I was watching the gameplay was so cringey I thought my body wanted to convulse. There are no character names and no UI indicators for anything. It is just green and blue bars with zero information. It was also marketed as the "the first all-female fighting game", which is absolutely false. This game honestly makes our previous entries look like the gold standard. There's a reason why this is regarded as one of the lowest rated games of all-time but we have one that absolutely takes the cake for WORST FIGHTING GAME of all time.

I am not even going to put a cover photo because it's just gross and insensitive if I do...

Bikini Karate Babes is undeniably the worst fighting game of all time. It is a sexist, softcore porn fighting game. That honestly highlights how the video game industry wants to view women. The game is exactly as the name suggests, you play a women dressed in a bikini, USING "PHOTOREALISTIC" CHARACTERS, to fight other bikini-dressed women. At the end of the match, you just rip the bikini top off of the opponent character, where they are forced to stand there and "xD" while covering up their exposed tops. It is unbelievably uncomfortable to watch, and I actually could not watch the gameplay longer than a minute before I became so uncomfortable that I had to delete my internet search history. The fighting moves in the game are so horribly posed that it is nothing than imitation Karate. It also teeters on a very thin line of being incredibly racist and insensitive towards martial arts/Asian culture. The worst part is that it spawned two more sequels, which is just incredibly disappointing.

We thank you guys for tuning into this week's Okizeme Article. I hope you all had a fun time reading this and we hope to see you soon!