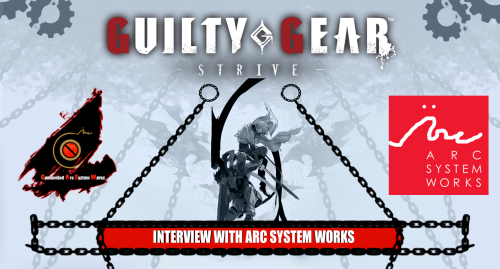 Arcsys interview explains the future of their games AND previous games!

Last week, Communidad Arcsys found time to sit down with Takeshi Yamanaka (Producer) and Akira Katano (Project Director) to discuss how the success of Guilty Gear -Strive- will affect other installments. Let's take a look at the article posted by ComunidadArcsys.

Sorry, we cannot reveal any details, but the principle is basically the same. While GGPO was used for ACPR, we will just say we designed it ourselves for GGST.

CASW: Will we see more past games having the GGXXACPR treatment?

Yes, we cannot say when it would happen for sure, but we are actively thinking about it.

CASW: I know that you may not be able to answer this one, but can we expect this online experience for future Arc System Works titles? For example, DNF Duel.

I believe our future titles will have the rollback architecture as default now. We are even considering implementing it in past titles. For the quality of the experience, it has to be taken case-by-case, so we cannot promise anything but all our teams always do their best.

CASW: We usually hear many people asking for DBFZ (and GBVS as well) to have rollback. This is a golden chance to discuss the topic, so we would like to ask you about it. Would it be possible to implement rollback on those games or would it be far too hard now that those games are already fully programmed?

Note: Once again, we know that this is up to Bandai Namco and Cygames, but we would like to know the challenges that you should have to face to make it possible.

We are not publishing either of those titles, so we have no say on the matter. But on a purely technical side, is it feasible? Yes, it is. However, it is extremely difficult to retro-fit rollback. Because the game was not designed with rollback in mind, you can never know where the program is going to start behaving unpredictably. On our side it will be necessary to repeatedly check and correct possible scenarios that might happen during the fight.

CASW: Last but not least, the next step would be cross play so all the community could play together. In a genre like fighting games, in which the community is the cornerstone, I feel like this should be a must have going forward. Do we have more news regarding this demanded feature? Does rollback netcode make it harder to implement crossplay between different consoles or between consoles and PC?

Of course, we are always striving to accomplish this, and we are going through the verification processes for it. But there are still many practical issues like schedules and the running costs of matching servers. It will take a little more time before we can make a concrete announcement."

This is all very interesting news for fighting game enthusiasts. Arcsystem Works is the main developer of anime fighting games, and they have a hand in the most popular titles in the world. A lot of good news has come out and some hard truths, and we're here to help you reconcile those thoughts.

As of right now, Arcsys is undetermined when it will happen, but it will, as they are actively thinking about it. This is great as they have tested rollback netcode on GGXXACPR, and it was a huge success within the playerbase, but going into another question--the difficulty depends on the publisher of the game.

Other Arcsys developed titles will not have rollback netcode without cooperation, time, and money.

Unfortunately for Dragonball Fighterz and Granblue Fantasy Versus fans, they will not be receiving rollback netcode unless Bandai Namco or Cygames is ready to play ball.

The biggest hurdle is that these games are not published by Arcsys so they don't necessarily have a say in producing a rollback version of DBFZ and GBVS. Thus, Arcsys doesn't necessarily need to give it any real thought and planning to do so. Integrating Rollback Netcode into a game requires a lot of time and a nice budget. You have to pay to hire developers and their salary, while they rebuild the game from scratch. When the game itself starts to give errors, the developers are expected to work the back until the issues are resolved or create new code that will interact well with Rollback Netcode. So for Bandai Namco, do you spend money to recreate an old game or do you allocate a larger budget to release Dragonball Fighterz 2?

The biggest hurdles in fighting games are the inconsistency on how titles are purchased and who can play with whom. It's very difficult to have friends play together on fighting games because the barrier between consoles and PCs are high. For example, it's easy to play League of Legends with friends because it exists on only one platform, and it's simple enough to play on any type of PC. People have preferences on how they like to play their game and it's incredibly unfortunate for fighting game fans that they are unable to play in the upcoming EVO tournament if they own the PC copy of the game or do not own a PS5/PS4. Introducing crossplay will close the gap players physically have with others, and it may introduce a new era of competitive tournaments and player skill levels! 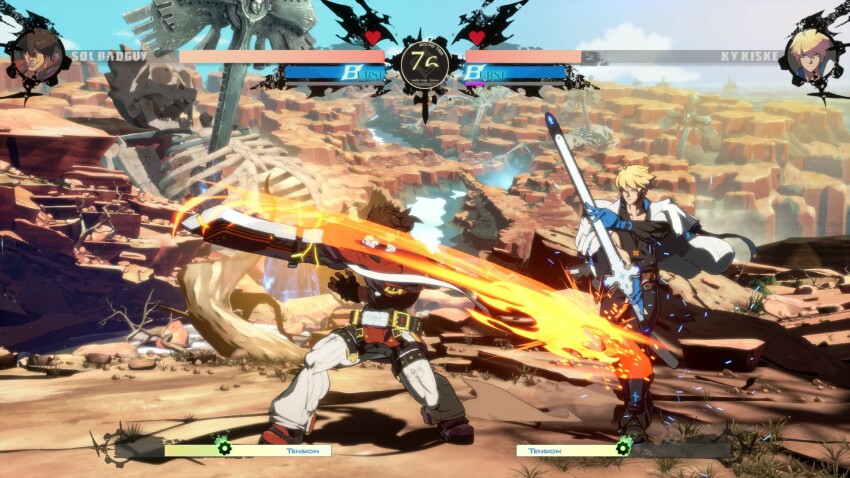 Future games will use Rollback Netcode as the default!

This is the best news to come out of the interview with Arcsys. It is officially confirmed that Rollback Netcode is officially the basis for Arcsys Fighting games! Although previous games will be case-by-case, the upcoming Melty Blood and Dungeon Fighter Fighting Game will be released with Rollback integrated. This is also some good news for DBFZ and GBVS fans, as if the publishers decide to release a sequel and hire Arcsys as their development team, it will most likely also receive Rollback!

Thanks everyone for tuning into this weeks article! Come check us out on Twitter: @okizemegaming and Discord for updates on fighting game news!